Our Story So Far

Asa Film is a production company involved in documentary and fiction film. We make inspiring and captivating programming that speaks to large audiences both locally and internationally.

So, why not sit with us and have a cup of coffee? We can share our stories and, who knows, maybe come up with a brilliant idea... or two! 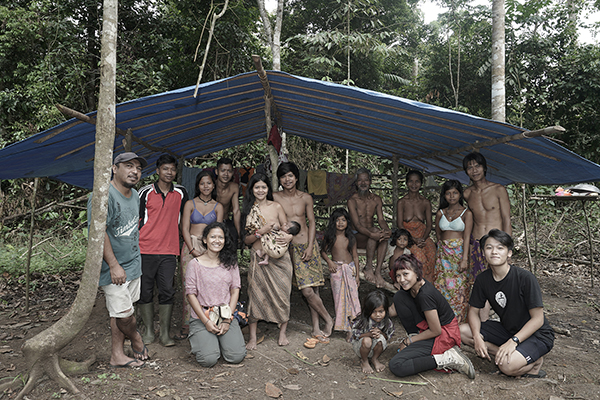 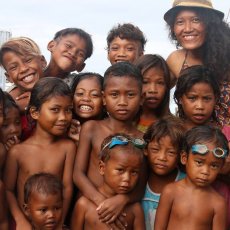 Why you need a fixer ?  The visa application form requires that you have an Indonesian fixer. During the actual shoot, a good fixer will bring you more than you can wish for. They will take care of everything you need in the field. More than just a translator, a fixer can be a good partner helping to deliver a program that connects everything from A to Z. Bottom line, a fixer makes your life easier. Much easier. 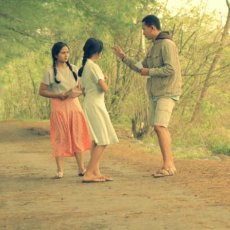 Film is the most effective way to get your message out to the general public. We keep a lot of stories in our cupboard. If you are a company or an individual with an idea, we can help you turn that idea into reality. 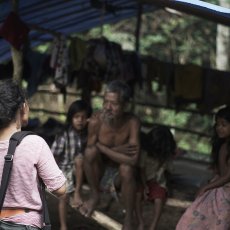 A good film needs a good story and a good story can only be realised through quality research. A great team counts for nothing without good research on the recce/scouting days. Our team is familiar with the remote areas of Indonesia and its people. We can make the right connections and create the bonds that your production team needs to get, the story. 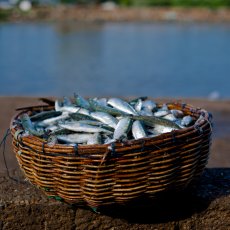 We understand how hard it is when you get back to your country after a month of filming with 1 TB of footage and interviews to be translated and transcribed. Trust our team to do it for you! We speak the languages and we are experienced in interpreting and correlating the story. At the end of the day, a great program is no longer a question. 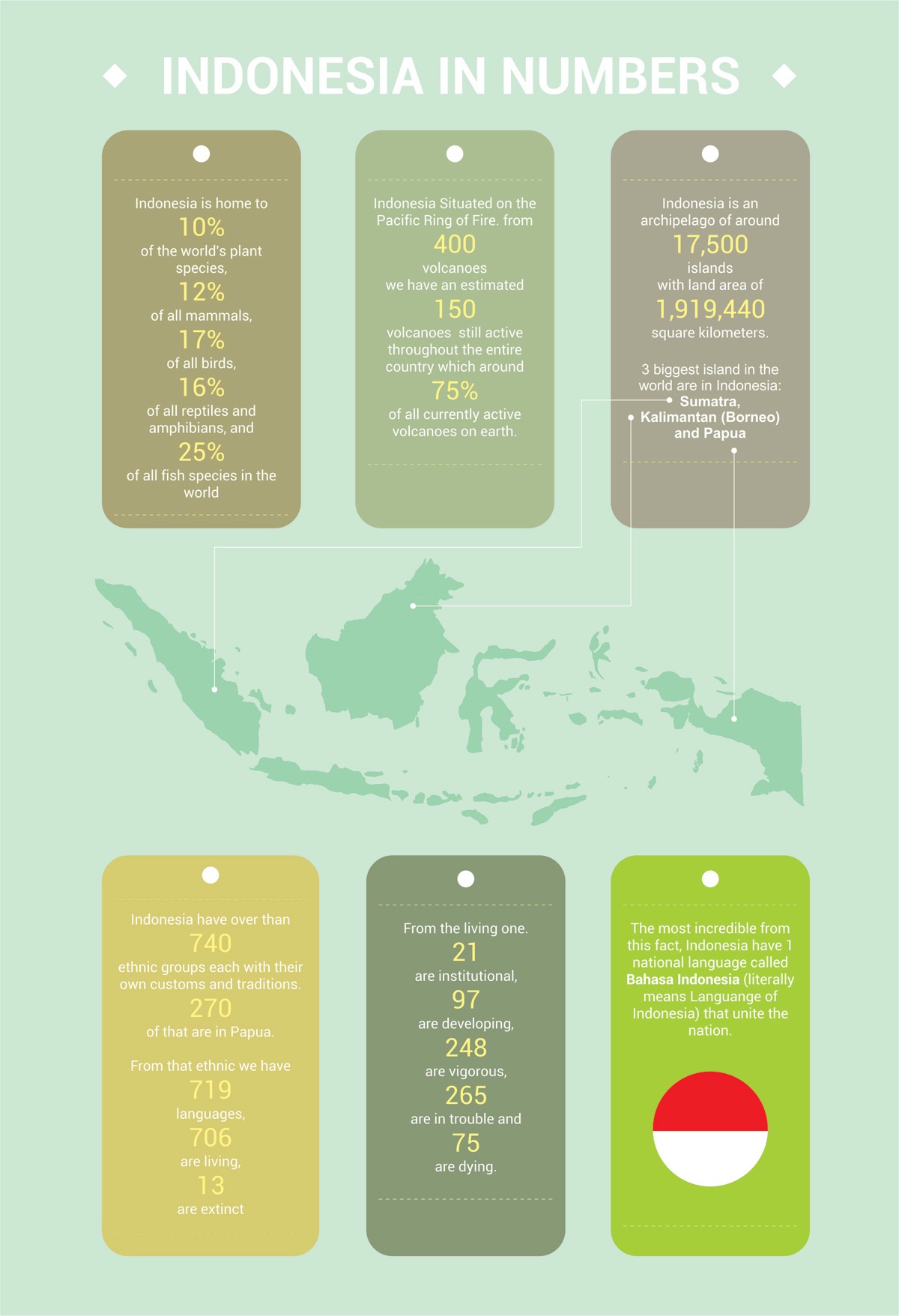 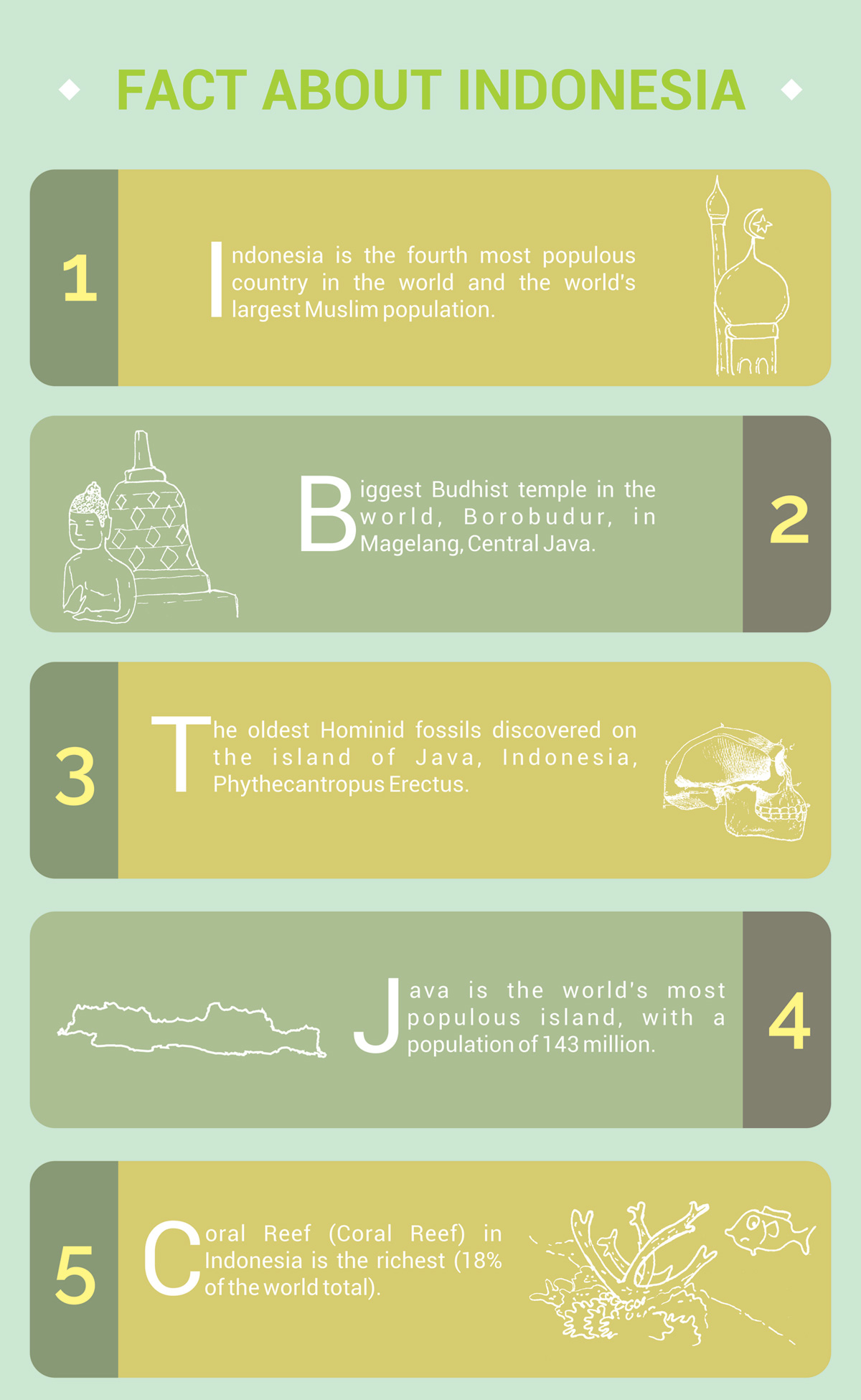 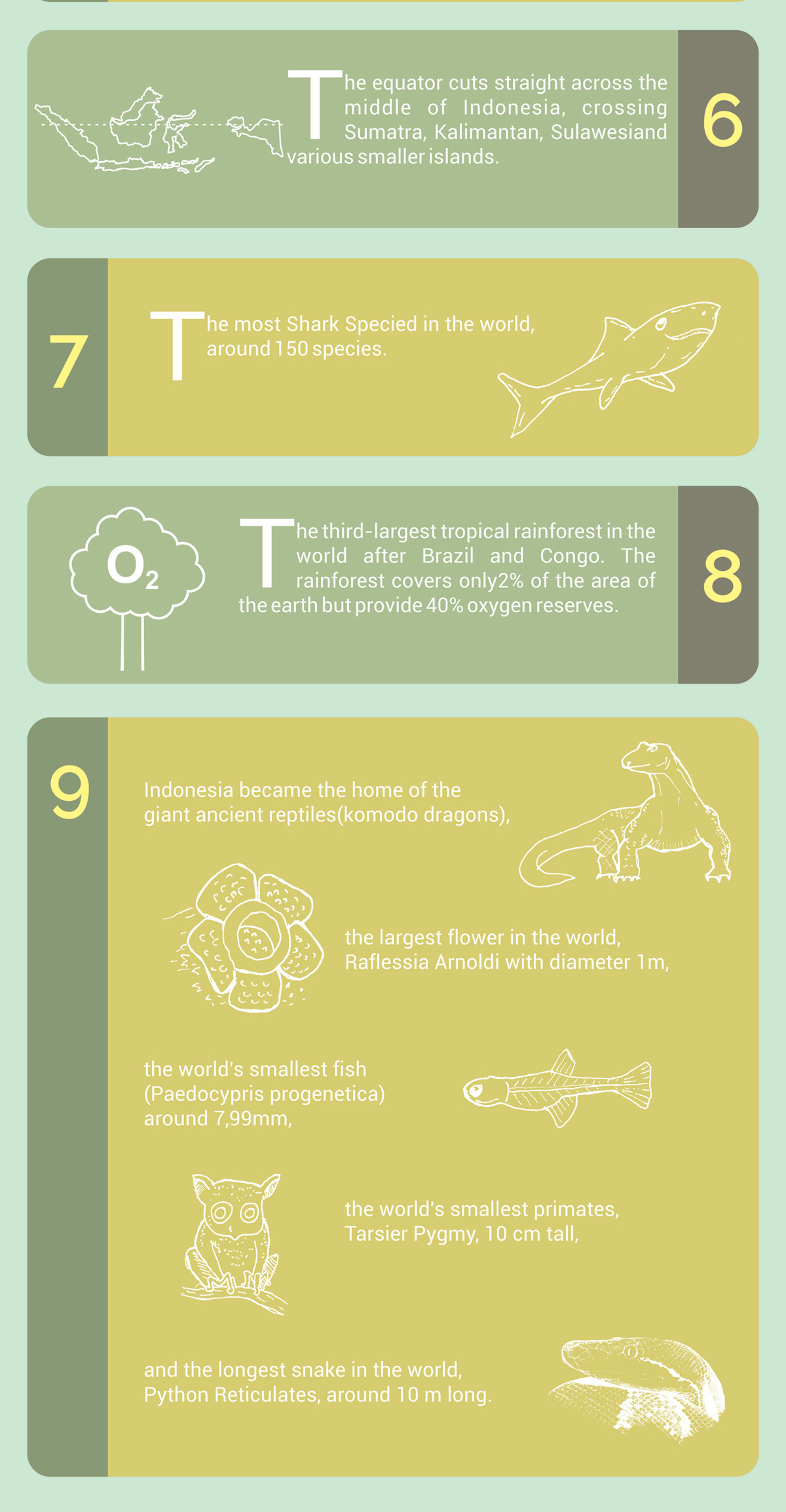 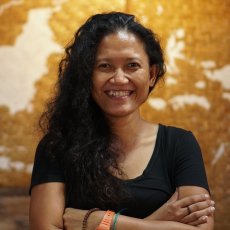 Celebrate 10th years of fixing in 2020 as a fixer throughout Indonesia. She can't describe the journey she's been through. So rich, diverse, sometimes dangerous - but very challenging, and always excited her.

She spent 3.5 months in deep Papuan jungle with the Korowai tribe. One of the places that she will never forget. She's fascinated with Indonesia more and more, especially how this huge archipelago is united by one language Bahasa Indonesia despite all local languages spoken in each places she went.

She gained something special in almost every project. From binman in Jakarta, transgender in Aceh, fisherman/hunters in Flores, to bajau people in Wakatobi. They've become good friends and part of Asa Film family. 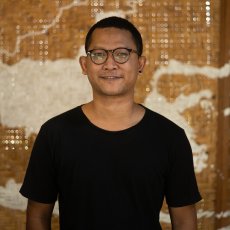 Bobby start his debut with his short films that enliven several film festivals, both in Indonesia and abroad.

In 2018, Bobby made his debut for his first feature film titled “Bunda, Cinta dua Kodi “ and get nomination as a young director in Piala Maya 2019

You can reach Bobby through his email : [email protected] 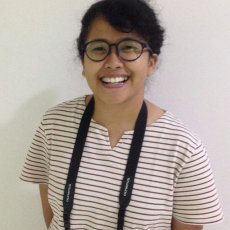 Chyntia has a degree in Library and Information Science, and possesses comprehensive knowledge in library management. There’s no sense that she has difficulty for job that she took. Beyond that, she always have the smile for everybody even though is a long and hard day. She has link that suprises everyone every single time. Not only that, she also surprised us also on the field, included when she handle project in Papua. Well done Cibo! 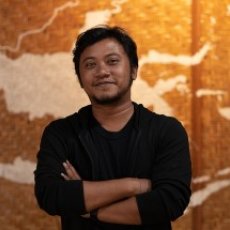 Merio has interest in film since he was 5 years old with his first film, Robocop. 2008 he met KINOKI, an independent film screening and working on film archiving. After that he involve in some of the documentary production as a research and production assistant. Moving to Bali 2014, involve in marine based NGO and work a lot in the east of Indonesia as facilitator for economic and biological research development until 2016. 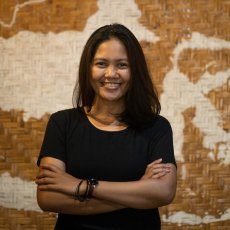 Asa is ambitious and talented with an intuition for business well beyond her years. With her calmness, she's the one in the team that can makes everyone in-line, when we have deadline and hectic day.

She's really good to put everything on the budget, and strict to the line. Someone we need, when everybody has to focus on filming. She began to go out on productions and recce, even though she hates to be in the sun! "I began to love meet new people and get's everything done!" 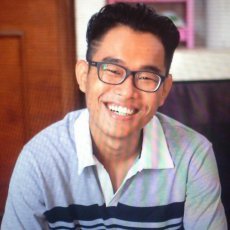 Dewa (we called him Sipiet) first realized he was good with a computer when he was 15 years old. He made his first animation at 19. Dewa has worked as an editor and animator for local TV in Denpasar, Bali. He has also produced TV programs for several other stations, working as both videographer and editor. Dewa is one of Asa Film’s partners, and is always happy to help bring your animation ideas to life. 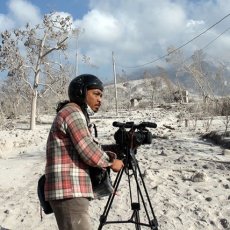 Kasan loves photography as a medium of expression. In 2000 he’s been awarded the special price photographic society of Pakistan, 'Living in Harmony' UNESCO Asia and Pacific Photo Contest in Japan.  He also did several photo exhibitions both single and joint exhibitions in a number of places in Yogyakarta, Jakarta and Makassar. Since 2004 began to do audio visual as a freelance cameraman, and was involved in many production news, documentaries and features 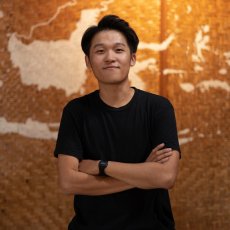 Kelvin join us mid 2019, not long ago, but he already explore some interesting places in Indonesia. On his first 6 months, he went to 3 different Indonesian indigenous people in 3 diff islands! Torajan in Sulawesi, Orang Rimba in Jambi Province in Sumatra, and Lamaleran in Flores.

He loves documentary and untold stories, that makes him develop an interest in visual storytelling. Love to be outdoors, young and talented Kelvin always striving to always learn more and more.

Be careful if you talked an idea around Kelvin, he’ll give you more than what you expected, more brilliant ideas and then keen to make it happened on the field. 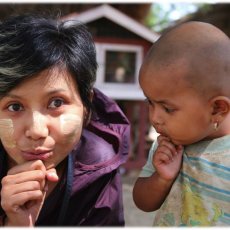 Having been in the Indonesian content industry for more than 15 years, W - the popular name of Windy - has a strong belief that the world consists of scattered stories that shape the greatest story: how humankind builds civilization.

Has collaborated together with Shinta since their first encounter in 2012 at Ubud's soccer field, travel has changed their game; from leisure to creative things. Every time W and Shinta traveled together, they always came back with new ideas and fresh contents. 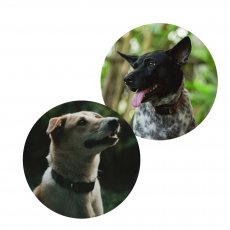 Come to us one morning in the office porch. Frightened, skinny and innocent. Now he becomes the most important part in our office, even though he loves to show off to friends who visit, and eat everything!

He is so silly and will cheer us up when we caught up with intense work ( or simply makes us more stressed!) - Kayu is family!